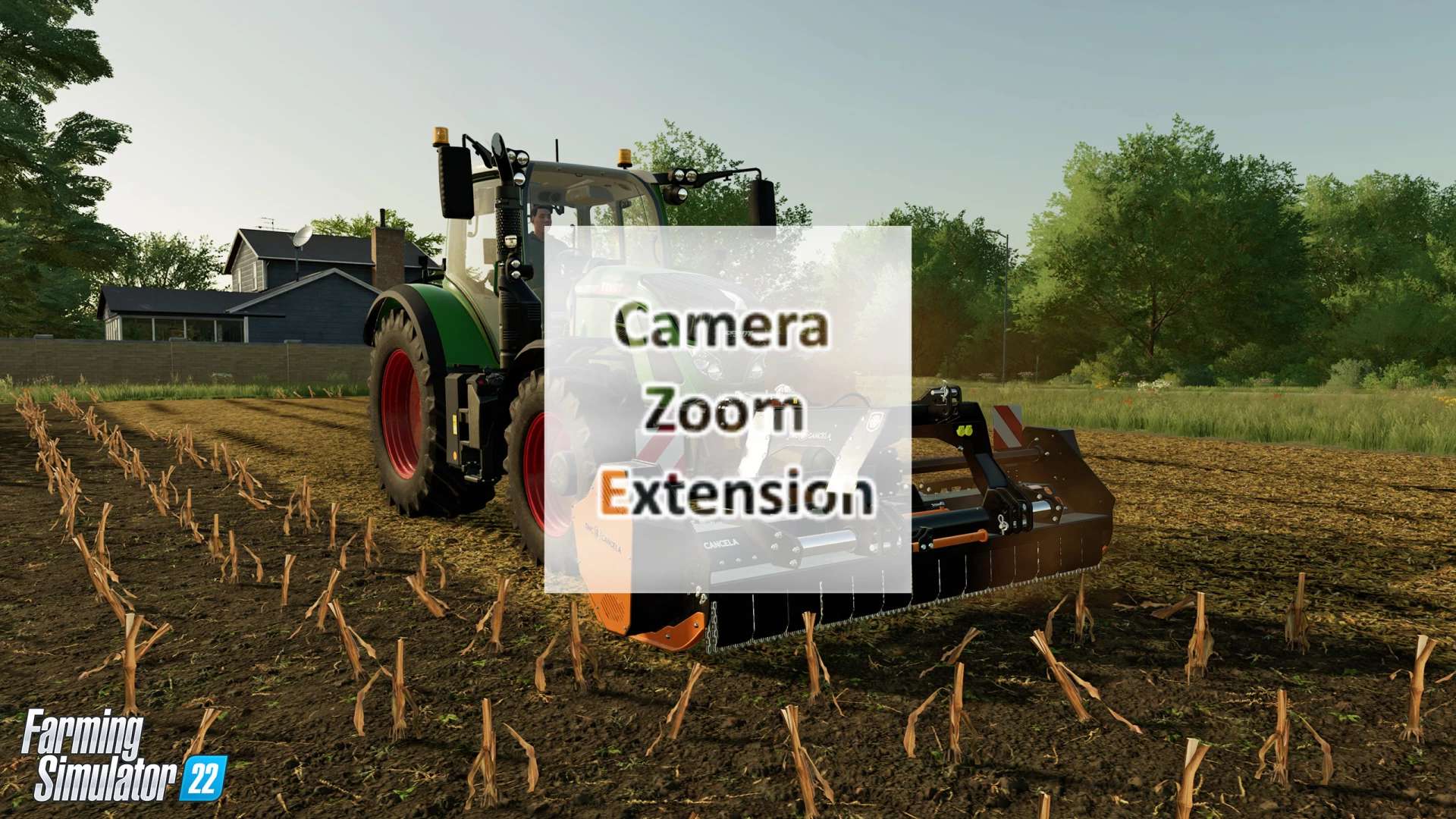 This mod extends the camera zoom of all vehicles.

I wrote a little script that extends the camera zoom of all vehicles if it is greater than 0 and less than the new value of the script.
Is the ‘FS22_cameraZoomExtension.zip’ configurable in the modDesc.

You should have a number with. write in, e.g. 23.5, it will be rounded off. So it doesn’t work. I have now set 80 and find that sufficient. If you want more, simply increase the number in modDesc.
Up until now I have had a few vehicles where the maximum camera zoom was too low for me. Hence this mod. With the mods or original devices you could adjust that manually, but it is unnecessarily much work and if you want to use the vehicles in the MP, you have to upload them again. Furthermore, you cannot access the DLC’s . Exception: With a LUA ..: D
Simply put the downloaded ZIP into the modfolder and activate it. The rest goes by itself.
MFG Ifko