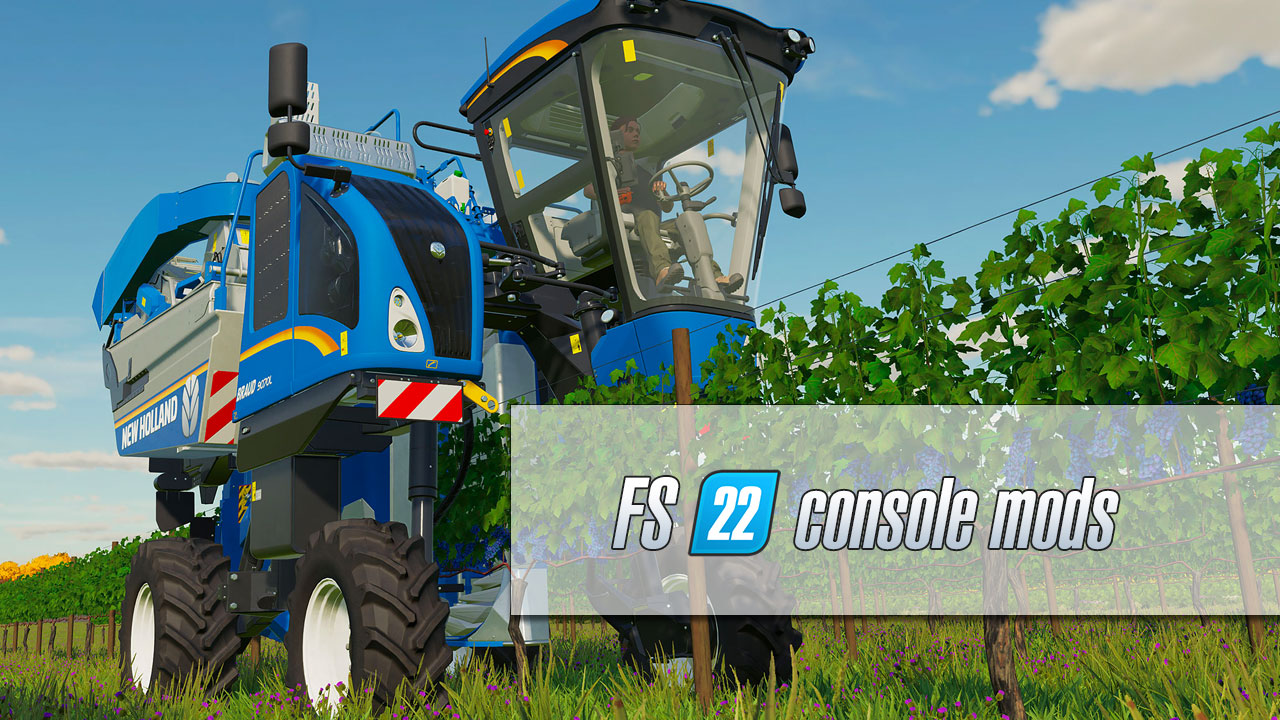 Luckily, old mods from FS19 should be able to be implemented to FS22 without any major problems. Despite being built on a new engine, the new Farming Simulator release should be pretty straightforward when it comes to mods. And that’s great, as they are a key part of the game. With mods, the customization is virtually effortless and anyone can make their farming experience as good as possible. So, it’s good to know that FS22 mods on consoles should be up and ready in no time.

You can check the current selection by accessing the Mod Hub – this is where all the officially approved releases will be placed, with plenty of options for maps, tractors, harvesters, and more. Plus, certain details about a specific mod will also be included: with description, photos, and ranking all available. So, both finding FS22 mods on consoles, and choosing the right ones should be pretty easy.

Before making it to that section, though, the mods first need to pass the rigorous Beta testing stage. There, they get manually checked by the experts, looking for possible issues and inaccuracies. So, the rollout might be slower, and fewer mods might be available but automatically, the available options will be better.

But even now, there are plenty of available mods. GIANTS Software, the developers of the game have collaborated with some of the top mod teams to include some FS22 mods for consoles even before the game’s release date. Some of them will even be available for multiplayer use!

But there are some limitations: for instance, all the licensed vehicles will have to be approved by the original producer, slowing down their rollout, and much of the machinery will simply belong to a faceless, “nameless” brand.

And finally, all mods use the same unified file format on all platforms. While the consoles have often been “the forgotten child”, having fewer and worse mods than on PC, we can only hope that all this effort to unify everything will bring on better results. And soon, we will have a massive library of FS22 for consoles for everyone to enjoy.

Let’s use these mods to make the gaming experience more enjoyable for each player of the game.