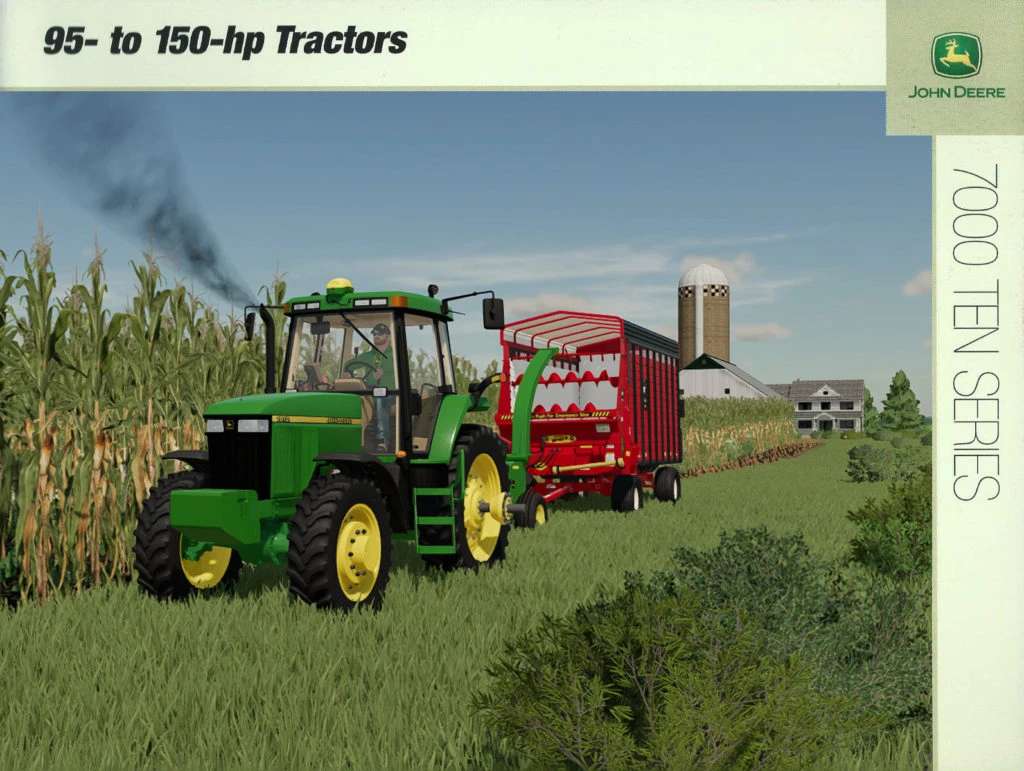 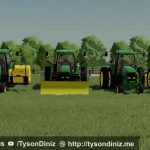 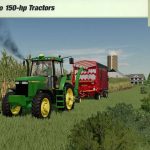 I know, I said I was going to retire these, but due to extremely popular demand and the help of my friends, they have been converted Farming Simulator 22, with some improvements(more are planned in future updates), the new grille and lights are probably the first thing you’ll notice(thanks to WadeMitch Modding and Edits), I was finally able to fix the rear end squat that had plagued this thing since I released my original edit of Ross W.’s 2WD 7000/7010 Series as well, and Rooster Mods made some improvements to the rear fenders. As you start going through the store options, you’ll see the new exhaust options from WadeMitch, and the Blade Mount from OS Farms, although at the time of the release of this tractor pack, the blade is not quite ready yet, but the mount is there, ready for it’s release!
Future updates are planned, with the first one bringing updated wheel configs.
The 7000/7010 Series are an interesting set of tractors, they are the successor to the small frame SoundGard era tractors(the 7600 was the successor to the 4055, 7700 to the 4255, and 7800 to the 4455), these tractors had a lot of PTO power for their physical size, making them ideal for dairy farmers who needed a tractor with lot’s of PTO power for haying, and forage harvesting, but didn’t need the size and weight of an 8000 series tractor, the 7000/7010 series were well suited to pull 12 row planters, and various tillage implements, making them the main tractor on a lot of smaller farms, regardless of their type of operation, even larger operations could utilize them as loader tractors, given their maximum operating weight, and their physical size, these tractors excelled at this task as well. The direct successors to these tractors were the 7020 Series large frames, which were larger, and heavier, while the 7020 Series small frame was the spiritual successor, due to their dimensions and weight being similar to the 7010 Series.