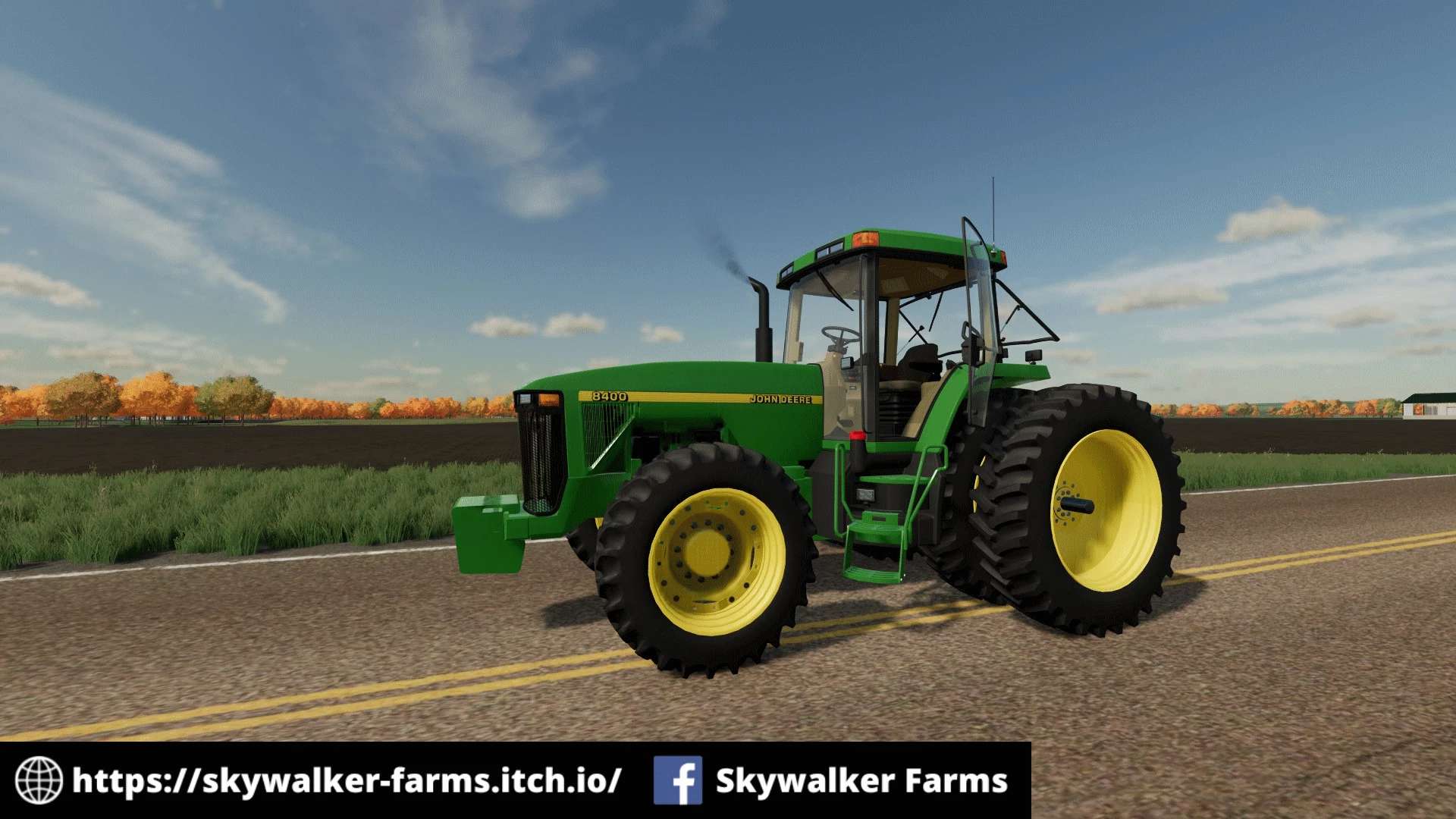 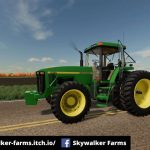 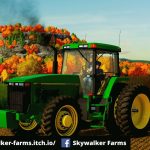 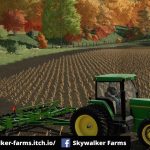 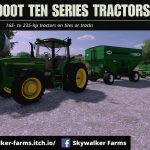 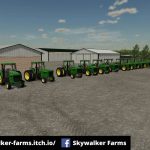 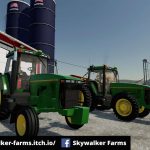 The New Thoroughbreds of Power

Changelog 1.0.0.1
Adjusted square beacon so there is no longer duplicate glass

As the 20th century came to a close, John Deere was trying to develop their newest top-end row crop tractor. The Soundgard tractors had been the face of John Deere’s progress for the past two decades, but it was time to once again take a step up. Born from a paper napkin during an airplane flight, the brand-new 8000 series was a massive leap forward for John Deere. Debuting in 1995, the 8000 series was an impressive successor to the 60 series Soundgards. Four models covered a range from 179 to 252 horsepower. The 4560 was succeeded by the 8100, the 4760 by the 8200, the 4960 by the 8300, and the top-end model, the 8400, would become the new largest row crop tractor, boasting 202hp at the drawbar and 252hp at the shaft. New features that set the 8000 series apart from its predecessors were the tightest row crop tractor turning radius in the industry, a 16 speed powershift transmission, a redesigned cab, and an 8.1L engine, available on the 1995-97 8400, which would later become standard in all 8000 models. In 1998, the 8000 tractors would get some updates, including new decals and transmission updates for smoother shifting. Then, in 1999, John Deere introduced the 8010 series. While similar in many ways to the 8000s, the 8010 series featured fancy new decals, another transmission overhaul for smoother and more rugged shifting, cabin updates, and engine updates. The 8010s all used the 8.1L engine first available in the earliest 8400. The 8000 series tractors were a strong transition into a new century for John Deere.

This is the John Deere 8000/8010 series tractors which have seen so much work done to them over various games that it’s almost impossible to track where they’ve been. The basis of this mod was an edit made by Dince Modding in FS19. However, this is not a simple conversion. All of the European components have been removed, and it is a fully North American tractor. Lots of parts were UDIMed and given new decals, and it even has real sounds taken from a John Deere 8410. The 8010 series tractors are by far my favorite tractors ever, and this project has a lot of knowledge and passion poured in as a result. I hope you enjoy!

Always support the modder’s original link; if you did not download this from the official Skywalker Farms itch.io page, this mod has been stolen and reuploaded elsewhere without consent.