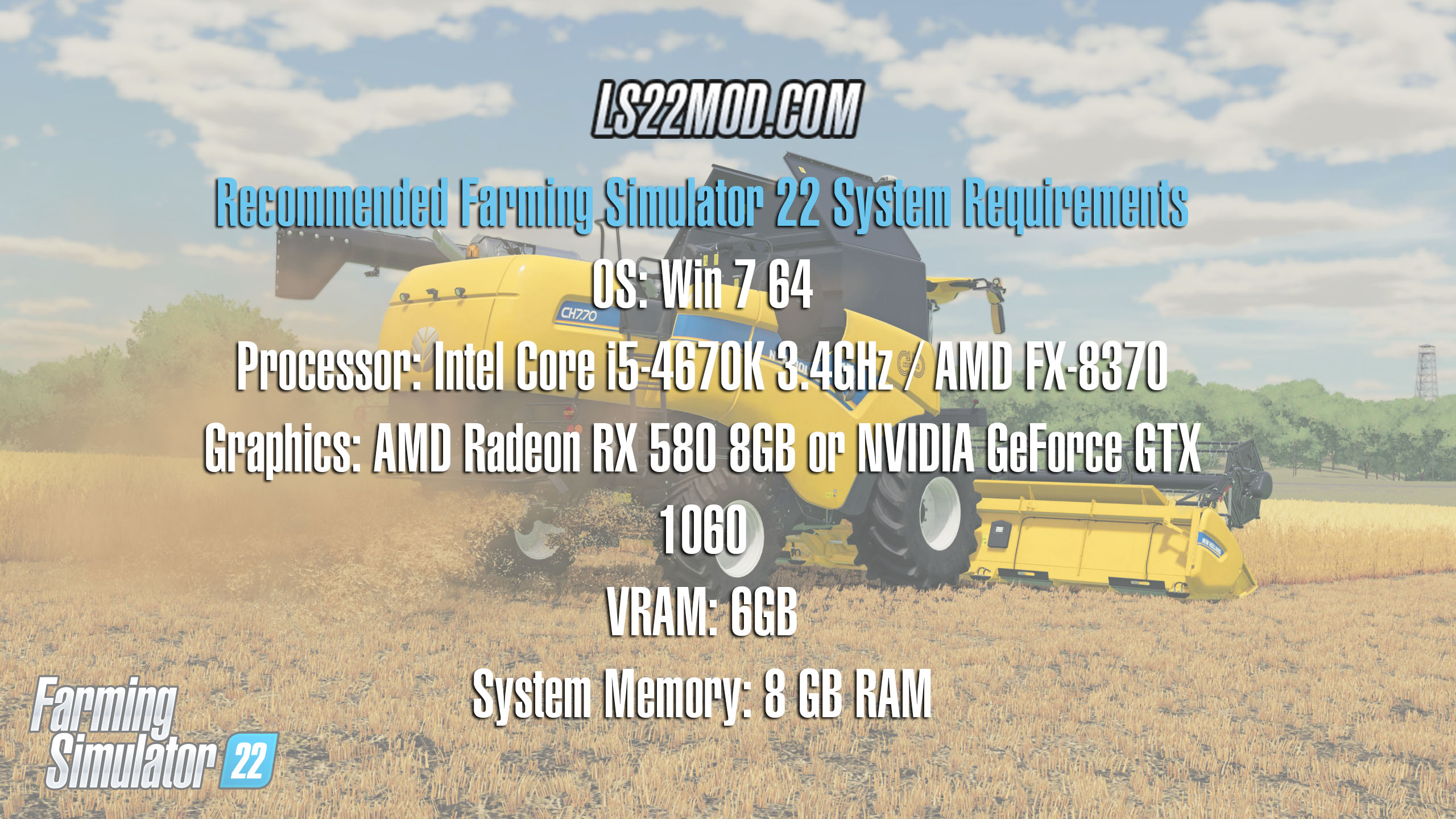 The game is popular and goes over 5 million downloads every time the update is launched. In the game players can do different activities such as growing crops, looking after animals and doing other farmer- related work. We are sure that it will be as successful as before.

The Farming Simulator is well- known among players because of various modding opportunities. A huge number of different maps, vehicles, buildings, and other tools that come out lets players customize the game and creates a possibility of an unforgettable and special experience. The new FS22 will have updated mods. We’re always improving!

FS22 will come into the market in the autumn of 2022, thus it is a perfect time to check the Farming Simulator system requirements.