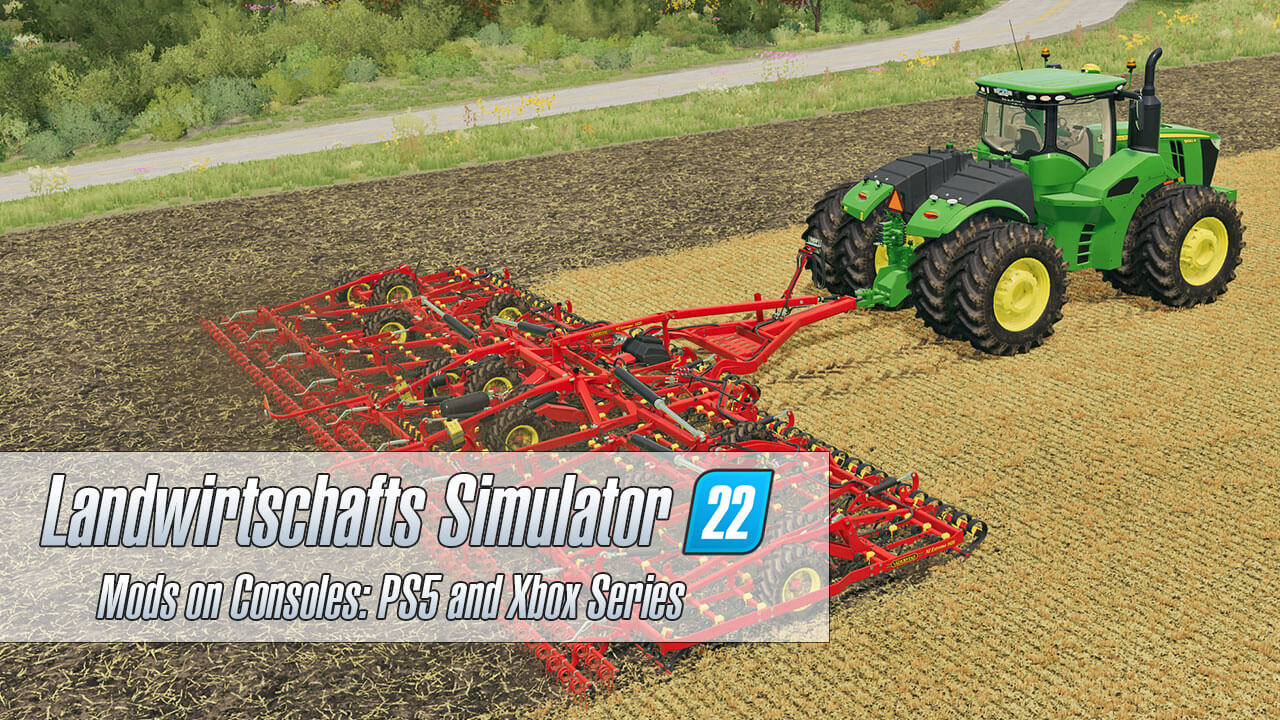 Farming Simulator 22 new features added to the latest farming simulation game. The most crucial part of this farming game is FS22 mods for consoles: Xbox Series X/S and PS5.

Landwirtschafts Simulator 22 lets players simply include LS22 mods into the game with no difficulties. Mods enable a lot of customization options. This is the quality that makes this Farming Simulation 22 appealing. Giants Software, company evolves the game, mod support system has been updated a lot. LS22 mods will be available for all different consoles: Xbox Series X/S, Playstation 5 and PC. They will all be supported with mods in Farming Simulator 22.

Where to get FS22 Mods on Consoles

FS22 mods are tested and before being released are seen in the “Beta” section. They always need to be confirmed before being transferred to the standard section.

Can we use mods in FS22 multiplayer mode

Farming Simulator 22 mods will be available on both Xbox Series and PlayStation 5 consoles. Giants Software has mods even before the release date of FS22. These mods can be used in multiplayer mode. People playing this game on PC are very creative and pumped up.

The motive is that we want to make Farming Simulator 22 attainable and easy to use, new mods will come out continuously. Gaming will be built just for you!